Relationships have often been a rich source for writers because they can provide such wonderful dramatic productions in whatever medium, be it the decaying marriage of Martha and George in Who’s Afraid of Virginia Woolf or the fractious relationship of Beverley and Tony Moss in Abigail’s Party. Such couplings hold fascination for us the watcher, viewing their tribulations through the metaphorical fingers as we try to not to see the fallout but are unable to avert our gaze. Jack Thorne’s Mydidae, currently at Hope Mill Theatre is such a production, a story of David and Marian and their relationship, which has us utterly engrossed.

The story takes place over the course of a day and is largely set in a bathroom. It is there we meet Marian and David, a young couple, who are every bit as fractious as Martha and George or Bev and Tim. We can immediately sense the undercurrent of tension amongst their interaction. The playfulness of their intimacy belies their emotions and for us that have the pleasure of their disintegration it is captivatingly compelling.

I’ve often thought that to display human behaviour on stage (or screen), it is not the big stuff that sells the story to the audience. Devastating turns are often taken in good grace by those that watch the horrors unfold. No, it is the little stuff, the detail that often gets forgotten about, that adds the real drama to proceedings. Likewise, Thorne is adept at the little stuff. His flair for conviviality and small talk is impressive. When we see Marian and David interact about flossing or their respective dreams we can instantly connect with them because that is the kind of gobbledygook we all indulge in or at least identify with. 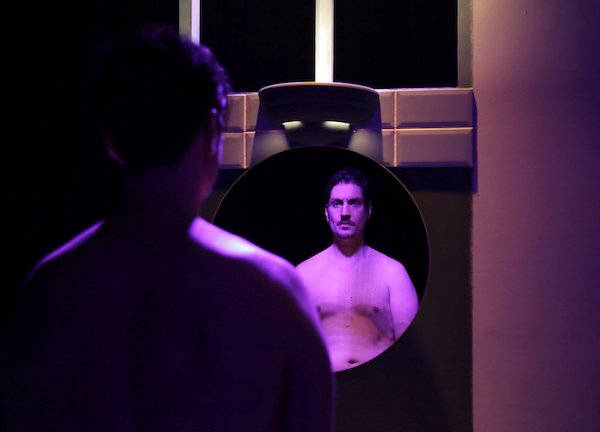 Such two handers are obviously dependent on the actors involved. It’s no understatement to say that any pairing needs to have that frisson, the chemistry, the little bit of sparkle that enables them to gel and just make us believe in their coupling. And boy do David Gregan-Jones and Hollie-Jay Bowes twinkle as the quarrelsome couple. There’s a wonderful ease to their incessant chit chat, that we are almost rooting for them to be happy.

Of course it would not be a dramatic production if everyone was just gonna be happy!

And in Mydidae no one is truly happy and over the course of the play we slowly learn of the trials and tribulations that leave this couple on the precipice of despair. We are slowly drip fed details of a devastating event in the past that continues to hold sway over the couple but it is the moment when David erupts that the production takes a sinister turn. In all my years of theatre watching it is one of the few times to have made me recoil and physically sit upright all the while asking myself “wtf, did that really just happen there!!!!”

The fact is, it did and you are suddenly gripped in the play’s tension. 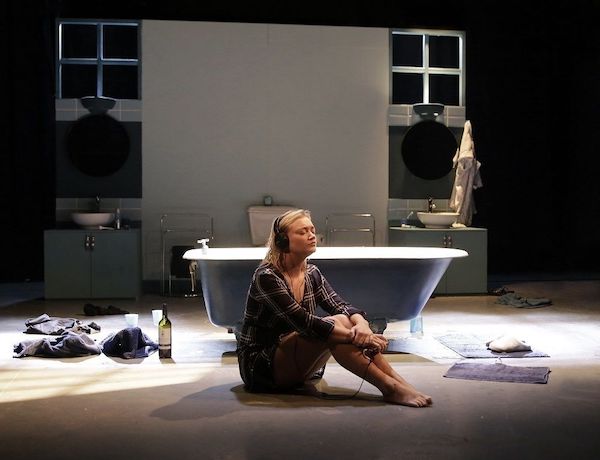 Jack Thorne, named this play after a family of short lived stinging flies (hopefully you see the symbolism within the machinations of the play’s central characters) and perhaps this is it’s downfall. For whilst the play is indeed, gripping and engaging, and the performances from its cast nothing more than exceptional, it still feels like I am watching the opening act of the play. That somehow at the end it still feels unfinished, that 55 minutes, is not long enough to see the denouement of the cataclysmic events truly unfold.

Verdict: A fascinating insight into the tumultuous relationship of seemingly loved up couple Marian and David. Set largely in a bathroom, Mydidae, explores the dark side to tragedy leadings to some shell shocking events.

What: Mydidae
Where: Hope Mill Theatre
When: 16th February 2019