Annie is one of those musicals that most fans of the genre just love. The classic award winning Broadway musical, based upon the popular Harold Gray comic strip, always has a special affection for fans, with stand out numbers such as “Tomorrow” and “It’s the Hard Knock Life”, any revival is sure to be the talk of the town. The smash-hit production of Annie, straight from the West End, is currently on at the Manchester Opera House for two weeks and our intrepid reporter went to find out what the fuss was all about.

Having been a massive fan of the original Annie movie I had high hopes for the stage show. Set in 1930s New York during The Great Depression, Annie is forced to live a life of misery at Miss Hannigan’s orphanage. Her luck soon changes when she’s chosen to spend a fairytale Christmas with famous billionaire, Oliver Warbucks. Given it’s classic heritage in the musical world, it was no surprise that the Opera House was a buzz of families, with some children even dressing in the Annie red dress, or red curly wigs. 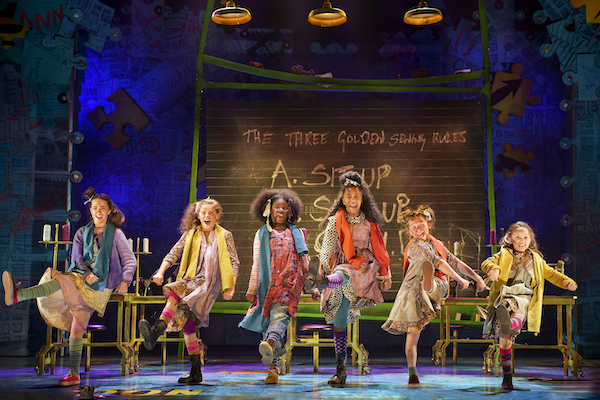 The stage set was effective and with few prop changes it was cleverly utilised to fit all the numerous scene changes. There is a star studded cast for this revival with Taziva-Faye Katsande playing the lead role, (some of you may remember her in Matilda). Indeed, cast that play the orphans are all stupefyingly very talented, and seemed to be really enjoying themselves, as did every kid (and the big kids) amongst the audience in the Opera house. 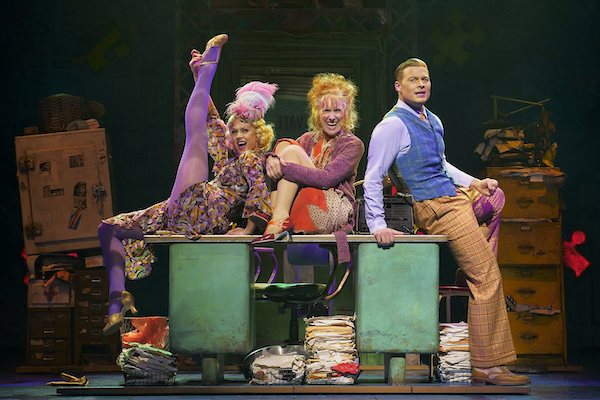 Mrs Hannigan, is played by Anita Dobson no less. Such a household name is going to be a massive draw for the production and the audiences. Dobson may have left her iconic role in Eastenders almost 30 years ago, but there is a stilla tendency to see her through the lens of her most famous character. Nonetheless, she is absolutely fantastic, making the role her own as the believable drunk orphanage owner, and had a great voice and moves for her age (She’s 69!!!!). Incidentally she was watched on by her husband, the rock legend and Queen guitarist Brian May, who had centre spot within her eye-line, which added a little more electricity within the aisles.

Most of the songs from the original films were sang, and I even found myself humming these the next day. The onstage presence of ‘Sandy’ to awh’s from the crowd added to the magical and return to my childhood memories. 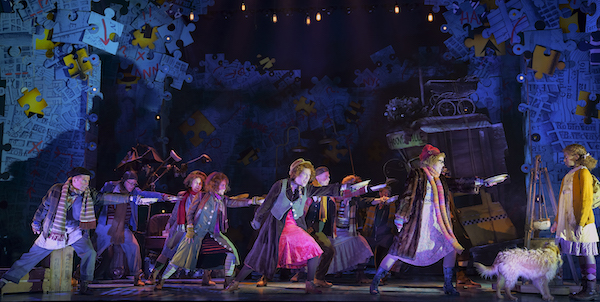 Daddy Warbucks and his assistant along with Rooster and his girlfriend were all pitch perfect, and the production must take credit for turning what was a fantastic film into an adaption for the stage.

Credit to the highly skilled wardrobe and costume department. Each costume took us back to the 1930’s and added to the personalities of all the dynamic characters

A great show, highly recommend for kids and those that enjoy a musical, and to relive their youth.

Verdict: A feel good musical with a star studded cast. It’s extremely well acted, well sung and the choreography is simply a delight. This is sure to have you tapping your toes and somewhat annoyingly still humming the tunes the day after!

What: Annie
Where: Manchester Opera House
When: 6th February 2019