It’s that time of year where theatre houses are trying to cater to their audiences by trying to dish out those seasonal offerings. They try to make sure the ingredients they have will have a broad appeal, something that is hugely fun and frivolities for the festive season. In Roots, Home Manchester, have once again looked at previous hitmakers in 1927 to produce a seasonal offering that is sure to be a hit with audiences in this part of the world.

It isn’t that long ago that 1927 was in HOME Manchester wowing the public with their brand of theatrics. In The Animals and Children Took to the Streets, I raved about how wonderful it was. Even though I can be somewhat miserly, I gave it a stonking 4.5 stars out of 5!

“Visually decadent, musically enchanting and acted with bewitching brilliance. A theatrical treat that will have us totally transfixed. Already one of the best shows I have seen this year, and I will be surprised if I see many others that are as good as this.” 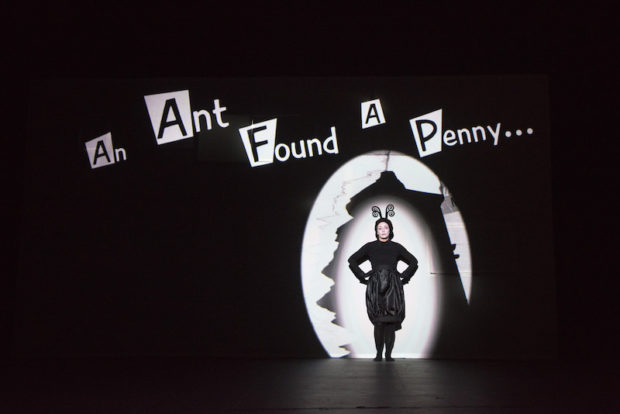 It’s always a tough act to follow in trying to recreate the magic that made their previous shows a hit. Nonetheless, they’ve not tinkered with the spell that enchants their audiences, with another show that synchronised performance and live music with handcrafted animation, illustration and film to create magical filmic theatre experience.

Indeed, when the show began I completely forgot where I was, whether it was in a traditional theatre house or a cinema room at the back. So wonderfully engrossed was the opening act that it’s easy to forget the sheer scale of what you are being subjected to.

Roots is as the blurb tells you:

“series of rarely told folktales that offer a glimpse into imaginations from a pre-industrialised age. Tyrannical ogres, magical birds, and very, very fat cats are brought to life with the company’s signature fusion of handcrafted animation and storytelling, with a live score involving Peruvian prayer boxes, donkey jaws, violins, and musical saws. Roots considers the narratives of our forefathers and how they might shape the stories of our future.”

To be honest I couldn’t put it better myself. 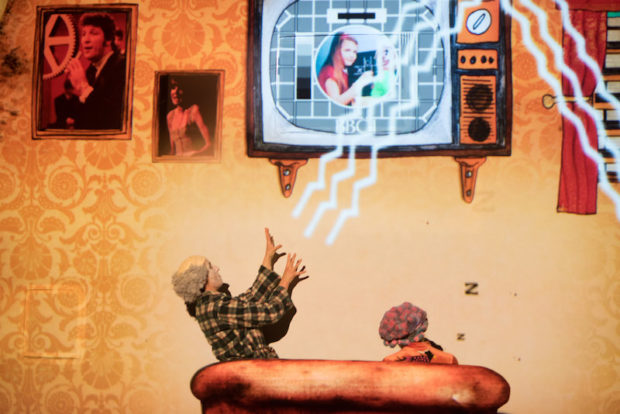 And if anything encapsulates this vibe, it is that opening act. It contains everything that makes this show so wonderfully captivating. It’s use of animation is integral in its storytelling, alongside the music, which is quite charming in the use of telling that story. The acting is just as complementary to what makes this show so alluring. Then there is the subject matter. This wouldn’t;’t work half as well if the stories being told weren’t the kind of stories that draws a typical audience into its world. And who doesn’t want to be ragales by the story of a very, very fat cat that is deliciously dark and full of horror.

Verdict: A seasonal treat that appeals to the more older members of the audience, with its delicious dark fables, it’s wonderful use of animation and an eclectic musical composition. This is just the kind of Christmas treat that will want you wanting more!

What: Roots
Where: HOME Manchester
When: 12th December 2019